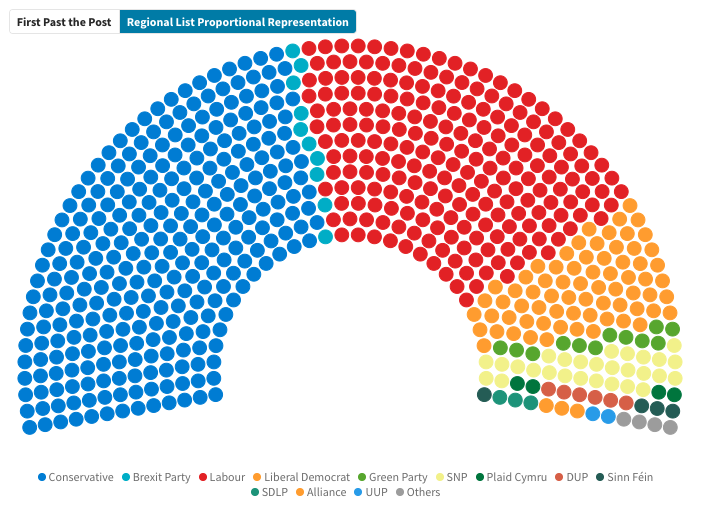 The latest polls suggest Keir Starmer’s best hope of power is at the head of a minority government. And the signs are that many - perhaps a majority of - party members are already getting used to the idea.

First the polls - the party has seen a dramatic improvement in its polling performance since Starmer took over the leadership in April last year. At that point Labour was on 30% in an Opinium poll – trailing the Tories by 23%.

The Tory lead is down to 4 per cent in a recent YouGov poll for the Times. Throughout October, the Tory lead has been in single figures thanks to a collapse in Tory numbers rather than a dramatic advance by Labour.

Nonetheless, if the YouGov figures: Tory 37, Labour 33, LD 9, SNP 5 and Greens 10, were the outcome of a General Election, the Tories would probably have lost their overall majority.

The leading political academic, Paula Sturridge, has produced figures based on the British Electoral Study data to suggest that Labour would be able to squeeze the Green vote in the run up to the election.

The stage would be set for Keir Starmer to walk into Downing Street as Prime Minister with Rachel Reeves as Chancellor. They would dependent on support from smaller parties including a 50-strong SNP bloc. A formal coalition would be unlikely, but the SNP would be taking a huge risk if they decided to keep the Tories in power.

The idea of depending on the SNP will horrify older Labour members who remember when the nationalists voted with Margaret Thatcher to bring down the Callaghan government in 1979. Callaghan’s quip that they were “turkey’s voting for Christmas” proved prescient. The nine-strong SNP group was reduced to two.

Many will still deny that the SNP are a progressive force, charging them with a long list of failures while holding power in Holyrood. Then, there are the Lib Dems, yet to redeem themselves after those five years supporting Tory austerity.

These are the people Starmer would have to negotiate with, but the vote at Labour conference last month - when 80 per cent of CLP delegates backed PR - suggests the membership may be forgiving and ready for the new world.

Since then, Unite’s policy conference has come out against first-past-the-post, which should ensure reform becomes party policy next year.

And if we get that minority Starmer government, all the potential partners would be anti-Brexit.

Subscribe to our newsletter here, if you haven't already, to get these exclusive articles straight into your inbox.